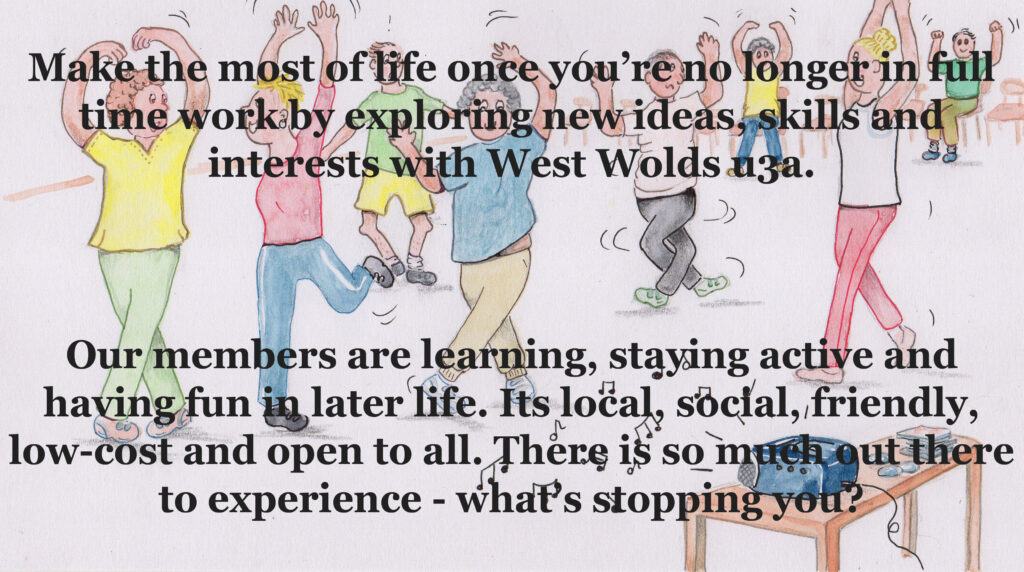 Posted in News | Comments Off on For New Visitors

The latest newsletter is available by clicking here…

For information about the Harlow Carr visit click here…

To make a booking for Harlow Carr click here…

Click here to see the December newsletter for our Spanish groups. It contains a tapas of general articles for our wider West Wolds membership as well as our two Spanish groups. Why not take a look!

Do you need your Blood Pressure Checking?

The Lincolnshire Primary Care Network Alliance (PCN) is an NHS based initiative by working GPs with links into every GP practice in Lincolnshire. They have approached us regarding a project they are running within rural communities looking at patients who have high blood pressure that they are unaware of, and which can lead on to serious health issues.

They will have a pop-up clinic at our December 8th meeting, inviting any member to have their blood pressure checked by a nurse in a confidential manner.  Please visit the alcove at the Festival Hall if you would like to participate.

Last year we went to the RHS’s most recent garden near Manchester, RHS Bridgewater, which we all enjoyed. Now we have chosen our nearest RHS
garden at Harlow Carr to visit next Spring. I do hope you will be able to join us. You can explore the kitchen garden, the alpine house, enjoy a streamside or woodland walk, and see unusual sub-tropical plants, or visit the Sandstone rock garden, Queen Mother’s Lake and arboretum. Of course most of us are going to see the plants but there are other things to interest you too.

When: We meet every Thursday from 2 p.m./4.30 p.m.
Where: Dunholme Indoor Bowls Club, Honeyholes Lane, Dunholme, LN2 3SU
How much? £3 per session
Do I need any equipment? No. We will provide you with bowls and shoes.

Most of our bowlers had never played before they joined our group. One of our coaches will show you how to bowl and while you are having lessons you do not have to pay. You can have three x 2 hour sessions free and then, providing you are enjoying yourself, you join in with the rest of our members to have a game.

Bowling is a fun activity with lots of laughs and chatting going on throughout the games. We stop half way through for a welcome cup of tea or coffee which is a great opportunity to get to know one another.

There are still tickets available if you are interested, for the West Wolds u3a Christmas Lunch which will be held on Thursday 8th December 2022 following the December General Meeting.

If you wish to arrive any earlier, the bar area will be open.

Payment: By cheque to West Wolds u3a. Please see below for the menu and pricing.

From this coming Tuesday, 15th November, the Intermediate Group will be meeting at 2pm – 4pm each week. This should allow for anyone who prefers to drive in daylight/falling light levels to get home in reasonable light afterwards. The decision to alter the time slightly has been agreed by the current group and takes full account of everyone’s wishes in this matter. 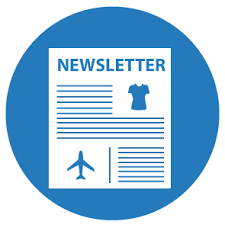 The November newsletter is here…

If you haven’t told us your email address or if it has changed… to avoid missing out send your updated email details to membership@westwoldsu3a.org.

If you would like to make comment on this newsletter or submit an article for the next issue then please send details to newsletter@westwoldsu3a.org by Friday 25th November 2022.

The Digital Photography Group – Best Photos of the Month

Here are the photos of the month chosen from our October themes of ‘Self Portrait’ and ‘Bike/Cycles of any kind’ plus a monthly favourites as voted on by the group.

For further photos taken by our group through the months go to our challenge page https://westwoldsu3a.org/?page_id=8458

If any Conveners or members have electrical equipment that they need to use in any hired venue such as the Festival Hall or New Life church or any other halls for their group activities, these need to be PAT tested every year i.e. electrically safety tested.

We have set up a date of the 16th November in the Committee Room at the Festival Hall between 09:00 and 12:00., but please try to come as early as possible, because if the Testing finishes early the engineer doing it will be able to get away.

If you are unable to get to the Hall on this date, please arrange to get your equipment to me beforehand,

There are now five gardens run by the RHS (Royal Horticulture Society) and our garden group has now obtained Associate membership, which means we can organise one coach visit per annum to whichever garden we want, and all the passengers get in free. Therefore our coach excursion becomes more affordable at a time when we are all being more careful with our money as we all face increased costs.

Last year we went to the RHS’s most recent garden near Manchester, RHS Bridgewater, which we all enjoyed. Now we have chosen our nearest RHS garden at Harlow Carr to visit next Spring. I do hope you will be able to join us.

You can explore the kitchen garden, the alpine house, enjoy a streamside or woodland walk, and see unusual sub-tropical plants, or visit the Sandstone rock garden, Queen Mother’s Lake and arboretum. Of course most of us are going to see the plants but there are other things to interest you too.

There is the famous Betty’s Restaurant where you can have lunch or just a coffee and scone. There are the usual plant sales and shop selling all things for the gardener as well as gifts to take home for family and friends. For those who want to look up a particular species of plant or find where you can obtain them there is the wonderful Bramall Learning Centre and Library in the garden with a large range of horticultural books.

The cost of this excursion is £30 per person which covers coach travel, driver’s tip and entrance to the garden.

For more information contact Jane Guy by email at jane.m.guy@gmail.com or telephone 0797 1277 482

To confirm your reservation please complete this booking form with your payment as soon as possible to secure your place. To see and download the Booking Form click here

Alternatively if anyone would like to be dropped off in Harrogate instead for a day’s shopping, that will be fine but they need to let me know that on the booking form.

Click here to see the November newsletter for our Spanish groups. It contains a tapas of general articles for our wider West Wolds membership as well as our two Spanish groups . Why not take a look!

Thank you to all the members who made a donation to the Foundation following David’s talk last Thursday which raised £62.20.

David Ingleby introduced himself as a volunteer member whose function is to promote the work of the Commonwealth War Graves Commission. His presentation was a bit of an eye opener for me as I was certainly unaware that the CWGC tends nearly 13,000 locations in the UK alone. He certainly furnished us with some amazing facts and figures including much detailed information on the Commission’s background and how it came into existence.

During the gruelling and bloody First World War, many of those who died were left where they fell; some were dragged away and buried wherever was convenient by the surviving soldiers, but in the mayhem, no records were kept of who they were. When Fabian Ware who was working for the British Red Cross at the time, saw graves in the corners of fields, not only was he shocked and saddened by the number of these makeshift graves and improvised cemeteries but, he became very concerned that nobody was recording where these soldiers’ final resting places were. As a consequence, he recognised that there could be no possibility of a family attended burial or headstone at a later date so, he petitioned the Red Cross to start recording the graves and, as a result, was given the title of Head of the Graves Registration Unit. Its task was to record where service personnel were being buried so, Ware employed three photographers to photograph all the locations of graves so he could try to identify those buried in them.

After receiving a Royal Charter in May 1917, the Imperial War Graves Commission was established and, following the Armistice in 1918 Fabian Ware was tasked with the role of registering all the graves and planning cemeteries and memorials to the fallen. Some 587,000 graves had been identified and a further 559,000 casualties were registered as having no known grave. In order to assist him in his mission, he brought together a remarkable group of creative and significant minds of the time which included the architects Sir Edwin Lutyens, Sir Herbert Baker and Sir Reginald Blomfield to design the lasting memorials, Rudyard Kipling who would write the inscriptions and the Royal Botanical Gardens at Kew for horticultural advice. One of the most important principles that was quickly established was that all headstones would be the same with no distinction made by rank, race or creed.

The construction of all the planned cemeteries and memorials was huge but it was finally completed in 1938 however, just one year later, the start of the Second World War expanded the Commission’s work to around the globe, and in 1960, the name was changed to the Commonwealth War Graves Commission to remember all those who died from the 54 countries of the Commonwealth.

The CWGC is now supported by the governments of Australia, Canada, India, New Zealand, South Africa, and of course the United Kingdom in its work to pay tribute to the 1.7 million men and women who lost their lives and, care for their graves and memorials in more than 23,000 locations in over 150 countries and territories. With over 1.1 million headstones to look after, each one is maintained in perfect condition to preserve the memory of the dead with simple dignity and true equality. Over 900 gardeners are working around the world to manage the landscaping and planting alongside teams of maintenance workers who ensure every memorial is safe and the brickwork preserved.  Very sadly, the current conflicts in some countries has resulted in the destruction or desecration of some cemeteries and memorials which is putting pressure on the local CWGC to rectify the damage.

The work of the CWGC is and will be forever on going as even today, the remains of up to 40 bodies are discovered on the Western Front every year. Although they cannot always be identified, they are nevertheless, reburied as no one is forgotten because, by preserving the memory of the dead, the Commission hopes to encourage future generations to remember the sacrifice made by so many.

By continuing to use the site, you agree to the use of cookies. more information