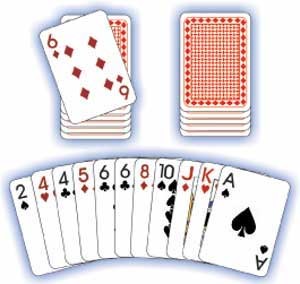 Usually the 2nd Wednesday of the month at 2.00pm

Canasta is a card game that originated in South America. It is an absorbing game, usually played in pairs, similar to Rummy but more interesting. We also play a variation called Samba. A game consists of  several hands or rounds, so can last up to 2 hrs.

We play once a month but have a waiting list at the moment, however we would support anyone who felt they could host another session.

If you have any queries, or haven’t played before and would like to have a try, please give me a ring

By continuing to use the site, you agree to the use of cookies. more information